English farmers will be given taxpayer money to rehabilitate their land under proposed large-scale nature recovery initiatives outlined by the government. As a result, huge tracts of land will be redeveloped to protect species, provide habitat for wildlife, and restore the health of rivers and streams. 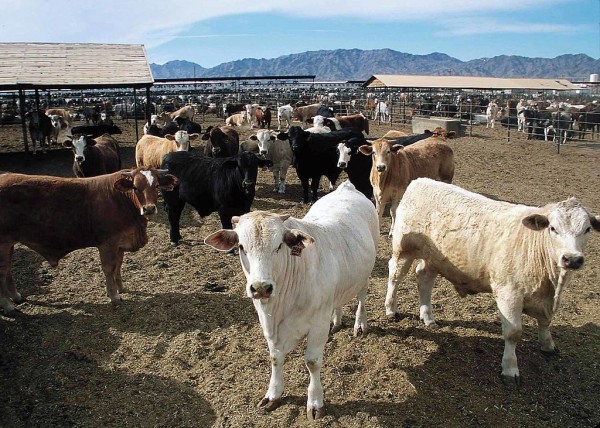 In the initiative’s first two years, bids are accepted for 10 to 15 prototype projects, each covering at least 500 hectares and up to 5,000 hectares, for a total of almost 10,000 hectares – nearly ten times the size of Richmond Park in London. . Full rewilding or other types of management focused on the recovery of species and wildlife habitats could be used in these experiments.

Sand lizards, water voles and curlews will be targeted to improve the status of nearly half of England’s most endangered species.

This summer, a final decision on what should go forward will be made, but actual funding has not been announced as bids will be compared to establish value for money. However, the total money available for such initiatives is likely to reach £ 700-800million per year by 2028. By 2042, the government hopes to have similar ‘landscape rehabilitation’ programs covering up to 300 000 hectares of England, almost the size of Lancashire.

Ministers also intend to grant subsidies to British farmers in return for “local reclamation of nature”. Planting more trees, rehabilitating peatlands or wetlands, and making room for wildlife habitat are some of the smaller-scale initiatives they can take on their farms. Those payments, announced later this year, are expected to reach £ 800million per year by 2028.

According to George Eustice, Secretary of State for Environment, Food and Rural Affairs, the goal is for wildlife and nature conservation to be a given to most farms, alongside food production. . “We want to see viable farm businesses producing healthy food and supporting a thriving rural economy, where nature recovers and people have more access to it,” he is expected to address farmers at the Oxford agricultural conference. Thursday. Through our new programs, we will work with farmers and land managers to reverse species reduction, reduce our greenhouse gas emissions, improve forests, improve water and air quality. and create more space for nature. “

In addition to the two new programs – landscape recovery and local nature recovery – farmers will also be able to apply for incentives to help them protect their soils and implement other basic environmental protection measures as part of the program. proposals unveiled last year. As part of the post-Brexit overhaul of farm subsidies from £ 2.4bn per year into a ‘public money for public benefit’ scheme, funding for these initiatives will also reach around £ 800million each. year. This implies that farmers are compensated for improving the environment rather than the land they cultivate.

Stop the loss of wildlife

(Photo: How to start a backyard farm in 5 easy steps)

As a result, green groups are skeptical that the new grants will be enough to meet the government’s goal of preventing the loss of abundant wildlife and managing an additional 30% of land for the welfare of the population. nature by 2030, as well as ensuring that farmers are contributing rather than adding to the climate disaster. Wildlife Trusts, RSPB and the National Trust said clarification on how the initiatives worked was still lacking.

The plans would fail unless more efforts were made to help farmers move away from intensive techniques, said Jo Lewis, director of policy and strategy for the Soil Association. This could involve setting ambitious targets to reduce the use of pesticides and fertilizers.

For more information on environmental action, be sure to follow Nature World News!

© 2022 NatureWorldNews.com All rights reserved. Do not reproduce without permission.